Lessons from a Black Panther

On a misty September evening in Fort Greene, I made my way to the gallery at the Mocada Museum here in Brooklyn.  The special guest for the evening was Mama Charlotte O’Neal (who invited us to call her “Mama C“). She was as regal as I expected, beautifully dressed in her African garb, with warm and wise eyes.  She greeted and conversed with us until it was time to begin. Admittedly, I came with little knowledge of Charlotte O’Neal and her personal history, yet my intuition told me I should prepare to be blessed by her wisdom.

And so the program commenced with the moderator posing a few opening questions.  Mama C began by telling us about her life as a young woman in Kansas City, Missouri and meeting her soon-to-be husband, Pete O’Neal.  Her husband was the chairman of the Kansas City chapter of the Black Panther Party (BPP) and was arrested in 1969 for allegedly taking a gun across state lines.  She joined the BPP soon after they met. Two years after his arrest the couple decided to leave the U.S. permanently and eventually settled in Tanzania.  They have lived there for well over forty years and have established the United African Alliance Community Center (UAACC). 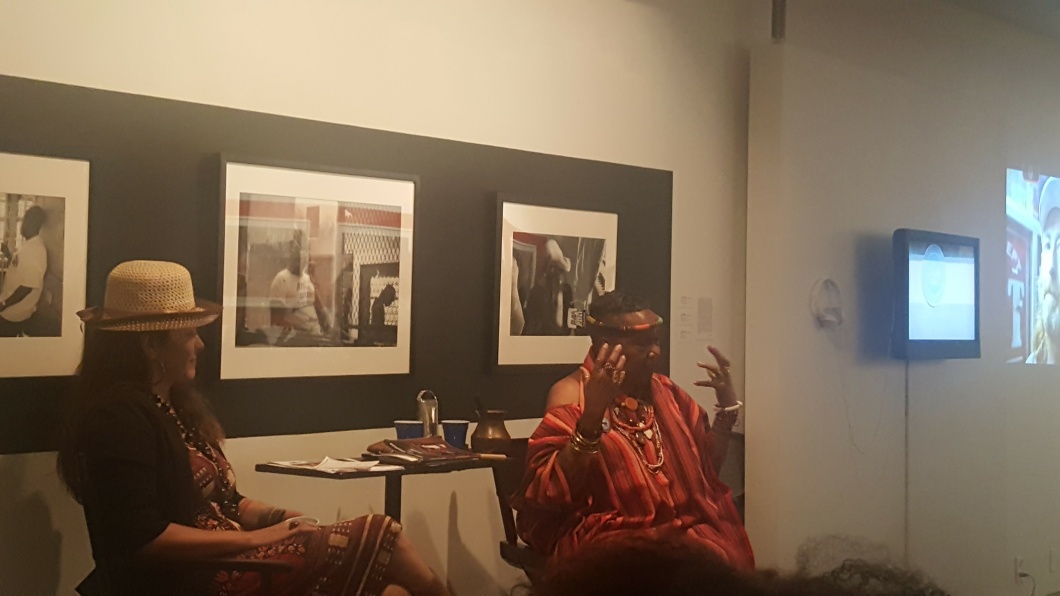 As Mama C spoke she embodied the skills of a masterful orator, teacher and musician.  Speaking in deeper detail about her life in east Africa with her husband and the work they lead in their community.  She then invited young artists to come forth and share their spoken word as she provided musical accompaniment. Moments later Mama C. had the entire room on its feet, dancing, singing, shouting and creating together.  It felt like some kind of magic was unfolding and it was, but also it was part of her lesson for us that evening.  She reminded us, “…don’t let the brutality limit your expression of yourself.”  She emphasized the importance of art and creativity to a good and fulfilling life. 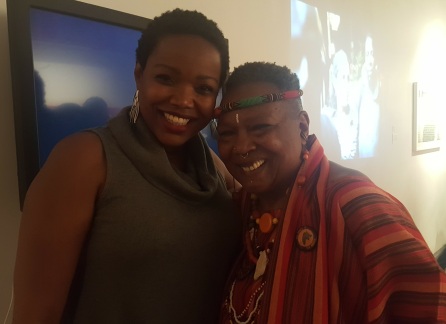 I was thrilled to be a student in Mama C’s classroom that evening.  She demonstrated what is vital to our work as critically conscious educators; that we can learn from the example and even the mistakes of our elder warriors of the BPP.  We must also make our classrooms spaces where students can use authentic and creative expression as a means to understand their world and bring about healing. The elders of diaspora understand that supporting and staying connected to the next generation is key to our strength, survival and liberation.

All Power to the People: Black Panther Party at 50 (exhibit at the Oakland Museum)