This is where I’m starting from. Please watch before you read on:

“Nobody ever told me I was an African woman. Nobody every told me what the history of African people were. Nobody ever told me that America was business and without business you would have nothing and be nothing. And no one ever told me how to organize business so that I would be able to develop institutions in my own community. Now the sincerity, the sincerity of all of the programs and all of the education has to be questioned, indicted and convicted because the bottom line is that America is not and has never tried to produce African adults who are functional, self sufficient, who understand their politics their economics and their relationship to the world politic and world economics.”

I have been thinking A LOT since last Saturday. I started off my day at the Education for Liberation parent conference. I was the keynote speaker, (the presentation is here) there to kick off a day of learning and community. At first I was a little overwhelmed by what I had been asked to perform. I was here to explain what Education for Liberation was and how we were to get there, in 15 minutes. And when I saw Jose Vilson of Edu Color walk in, a man I admire and whose key note speech I listened to at the Decolonizing Education Conference in April, I was more than nervous.

But what grounded me, was that I know what Education for Liberation has meant and 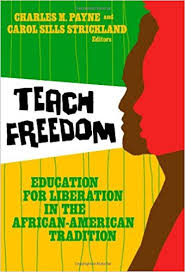 means to me. I’ve seen it.I’ve experienced it. I’ve participated in delivering it. And Sister Souljah just laid it out:

Some of you may be blinking at this list in dismay, thinking that there is most definitely more that children of the Diaspora should know. I guess, maybe, but I’d argue that whatever you would argue I could fit into one of these categories.

I completed my keynote and went straight into my workshop session: What is Culturally Responsive Education? (the foundational course). That was also a successful session. I was floating on cloud 9. I was proud of the day because I was true to my beliefs and ideology and I was unapologetic in my Black/African/Diasporic-ness.

I left the conference and went to my mom’s house and as soon as I opened the door I was met with the madness of Charlottesville. My mom was plated in front of the television as was most of the country. I sat down and I was deeply pained but what I saw.

Pained because I knew that we as a people had and still have no idea what we’re up against.

The hate that hate has produced is bigger and more organized than we’ve ever imagined.

“You have to have some competence, in African people, amongst ourselves to establish a foundation…”

Sister Souljah understands and lives by the principles of Nguzo Saba. She knows that we are the ones we’ve been waiting for and that we must rely on ourselves to better ourselves. Now I’m not saying we don’t need help from anyone. I’m saying that we need to help ourselves, unity, self determination, collective work and responsibility, cooperative economics, purpose, creativity and faith. Imagine if your classroom rules were set up based on these principles, imagine if your unit plans were aligned to these standards, imagine if your consciousness as an educator of Diasporic children was based in these principles.

This is the foundation that I believe Sister Souljah speaks of. We are far removed from hope yall. We don’t need (just) hope anymore we need tools. We need actualization. We need action.

And though the majority of the teaching profession is led by White women, if we establish the standards and principles from which we want our children to be taught, we can make headway.

Ok, that was the politically correct part of me that wrote that above line. And there is a place for PC but I must also say that, our children are our most precious thing and we have to take responsibility for their upbringing. WE MUST EDUCATE OUR CHILDREN, in and outside of the school building. The enemy will never educate those they despise. And let me be real clear on how I define enemy and ally.

“The majority of millions of African youth in this country are dying mentally, dying spiritually, dying emotionally, dying academically…The institutions that we’re talking about are not saving the minds of those African children.” 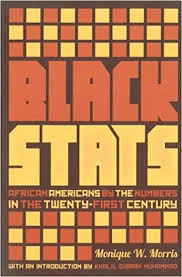 Where are the Black children in schools? Especially in New York City. I walk into schools and I can’t find them. I’m not being funny. I’m not sure if all the Black children are in charter schools or private schools but they seem to be dwindling in our neighborhood public schools.

Where I can find Black children, teenagers and adults are in the corrections system, may it be Juvenile detention centers, jails, prisons and programs connected to the injustice system.

With Black boys and girls being the number one and two most suspended children in this country, no wonder they’re disappearing from our schools and our communities.

Mentally: Because we are taught that we are inferior from birth, Diasporic children grow up in a constant state of cognitive dissonance and double consciousness. 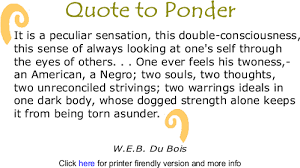 Spiritually: Because there is a separation between church and state and because the dominant culture believes that spirituality means religion and because all of the monotheistic religions support the enslavement of African people, spirituality and school do not mix.

Emotionally: Man, toxic masculinity perpetuated by White patriarchy and supremacy and the legacy of chattel slavery shows up in all our institutional beliefs, polices and practices. Both Black men and women, boys and girls struggle with engaging in our emotions. We don’t even have the words to describe the range of our emotions. We’re emotionally constipated with the only emotion that ever eeks through: ANGER.

After all of that being mentally numb, spiritually numb and emotionally numb, there is no wonder why we and our children are academically numb. But there is a way out of it: 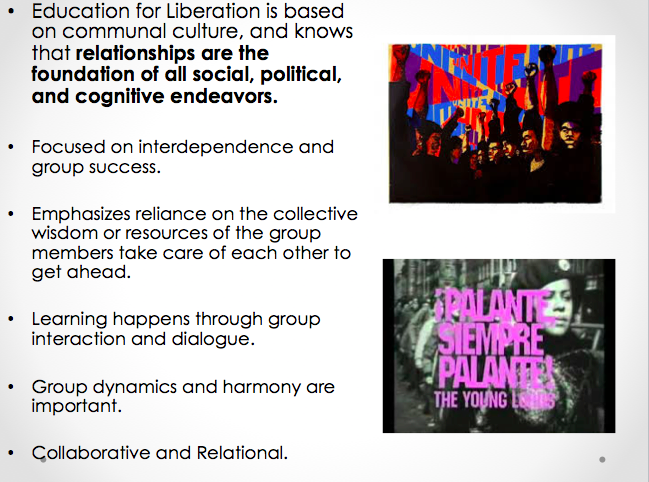 “You know who saved me, a man named John Desain (I’m making up the spelling of his name because I can’t find it) in Englewood New Jersey who taught me who I was, who showed me my history, who told me who my enemies were, who let me know this was not an easy world, who let me know this was a cold environment…What he is not apart of, is dilly dallying with the minds of African children and letting them know what the real situation is in America.”

Yesterday, I had breakfast with the principal who saved my teaching career and my consciousness. She took me out of what I call teacher prison (the rubber-room) and took me into her family, which was called Bushwich Community High School.

We talked about BCHS and the environment she created that changed both of our lives, saying that 98% of what we knew about teaching and loving and liberation, we learned from Bushwick. We reminisced about the good times, the bad times, the times that broke our hearts and the times that filled us with joy.

And we reflected on our current time.

So many people are horrified at what took place in Charlottesville Virginia last weekend and the demand for teachers to teach about White Supremacy and racism has been at a fever pitch. There are so called curriculum flying around the internet, here, and  here, imploring teachers to enlighten their students both Black and White about the evils of White Supremacy, White Nationalism, hate etc, etc etc

SB: I really want people stop using the word curriculum because they have no idea what it means. There are resources and reading lists, being shared but curriculum, nah homie. And definitely not curriculum that a 9th grade math teacher could use.

But I’m not here for it.

Hear me out, it’s still reactionary and without the foundation of an African identity.

Are we revolutionizing and decolonizing our curriculum?

Will we be removing Columbus and including Nat Turner? Will we be comparing Henry Ford to Marcus Garvey? Will Ida B. Wells and Sojourner Truth be centered in our conversation about suffragists? Will we be replacing the Mercator projection map with the Peters projection map? Will Kemet be taught as the birthplace of law, math, and science not Greece or Rome? Will we learn the pantheon of Gods; Atum, Geb, Horus, Isis, Maat as we’ve learned Zues, Hera, Aphrodite and Athena? Will the art of the spoken word be seen as being on par with the art of the written word?

I’m not here to rewrite history.

I can argue that we should not delete anything of what we already teach, but here is the rub, how do we include what we’ve never taught and include it for everybody.

Because, here’s what we know about those White Supremacists, KKK, White Nationalists that marched in Virginia on Friday night and Saturday morning. They were young and they were White and they were educated.

Let’s not be fooled.

They have spent their entire lives being seduced by White Supremacy. From the time they came out of the womb, they have been told that they are superior and their (our) Pre K through 12 education, year after year, framed, supported and developed that White Supremacist ideology. Now these “alt right” organizations radicalized them. Because, not covering your face while spewing hate, is some radical shit.

But it didn’t take much to radicalize what had already been foundational, that you White man and White woman are the center of the universe and everyone else is inferior.

There is a reason for Catholics, Jewish and Muslim schools. They know who their enemies are because they know their history and they know that in order to ensure that history is not repeated they must educate their most precious thing -their children- with a strong knowledge of self, history and identity.

Positive
Racial and in their case Religious
Identity
Development through
Education. 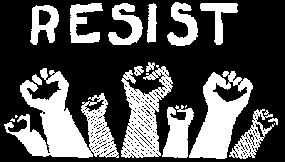 So, yeah, I ain’t got no sufficient answers for yall today. I don’t have the directives for you. All I can do is share what I’ve done this week.

That is the cycle of the CREAD “we gon be alright” educator as activist stay woke plan for demolishing White supremacy, patriarchy, and institutional racism in the pursuit for freedom and liberation for Diasporic people.

With that being said, to do all of the above, CREAD will be going on summer vacation. We will not be putting up any new blogs for the next two weeks (unless something crazy as all hell happens….which means you might see us in your mailbox on Monday, because, well, #45.)

A lot has happened in the past year and we’re really proud of all the work we’ve done, all the friends (readers) we’ve made and all of the history we’ve learned together.