The Rise of the Sophistiratchet

Wednesdays just got better y’all!!! Not only will you be reading my blogs, there is a new podcast out that is dope on so many levels. 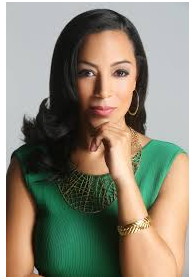 For any of you who don’t know who Angela Rye is…GET FAMILIAR.

Not only is she an intelligent CNN Commentator, but she is woke as hell and she is a political force to be reckoned with. She’s been on every show from Real Time with Bill Maher to The Breakfast Club and she is consistently checkin’ folks as only a Black woman can.

Every time Angela shuts down a white man, an angel gets its wings.

Angela is taking all of that intellect and passion and making it her own. I was officially smitten once she referred to herself as sophistiratchet (sophisticated and ratchet) cause all I could think was; that should be on my resume.

Angela Rye is dope, not just because of what she says but how she says it.

We all know what sophisticated means. When I think sophisticated, I think educated, reserved, well-traveled, enjoys the finer things. For Black women, think Clair Huxtable. 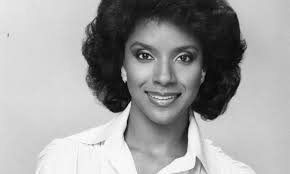 Urban Dictionary defines ratchet as: A ghetto-dialect mispronunciation of the English term “wretched.” Some synonyms are ghetto, busted, cheap, hood or nasty. But here’s the thing, I just Googled “Sophisticated women” and I scrolled past about 20 images of White women before I saw a Black woman.

So what I gathered from Google is that Black women aren’t seen as sophisticated. But on sight, Angela looks like your typical sophisticated woman but that word is too simple to describe the magic that is Angela and Black women like her. Because when it’s time to go off, sophistication goes out the window and she goes from 0 to 100 real quick. It’s important to see, that as Black women, we are knowledgeable, experienced and cosmopolitan but we are also hood, ghetto and we can get nasty too. Now think Clair Huxtable plus Medea.

There is this notion that if you are a Black person who has “made it,” you need to distance yourself from the hood as much as possible.

Angela  doesn’t separate those things. She lets us know that we are the caviar AND the wings. You can be Gina and Shaneneh. We don’t have to choose between the two. She is telling all of us that being ratchet does not make anyone less informed, less intelligent or less worthy of a platform because of how we choose to express ourselves, especially in spaces that have not always been welcoming to Blacks, such as political spaces.

Growing up, Blacks have always been taught to code switch (articulate, no slang when you’re at school, at work, at court or wherever White folks are) but NAH.

Angela is showing us that you can speak however the hell you want as long as you have the facts.

Let’s think of Angela as the Muhammad Ali of verbally knocking out White men and let’s look at a few of her highlights.

On CNN, Angela Rye basically called Joe Walsh out about his tweet in which he stated that “we lowered the bar for Barack Obama because he was Black.” First off, you don’t come for Mr. Barack Obama, A.K.A, 44, A.K.A., our forever president and think that there won’t be any repercussions.

When I looked at Angela waiting to speak her piece, she looked like she was waiting to beat up her little cousin’s bully at the bus stop after school. She was ready to throw verbal jab after jab of the many ways 45 has been a disgrace to this country.  All I could think was “If this girl had a jar of vaseline and some Timbs, she might just stomp Joe out.”

Here she is on national television letting a White man know that he does not get to be right just because he’s White and his racist comments will not be tolerated. Not only that, but how long are we going to allow mediocre White men to run this country (into the ground)? Black people are always accused of pulling the race card and she lets Joe know that she will play that card as long as he keeps shuffling the race deck. This was a warning to all of the Joes of the country who think they can continue to attack our last real president and Black people without being called out.

A few weeks before the election, Angela appeared on Real Time with Bill Maher and had a back and forth with Steve Moore, a supporter of y’alls President.

Steve must not have gotten the memo because if he ever heard the saying “Never touch a Black woman’s hair,” he would’ve known that you don’t touch the rest of her body either, especially after you just came for her culture. When she told him not to put his racist ass hands on her, she immediately became my shero.

As Black women, we are hyper-aware of our visibility, or lack thereof. Angela let the panel and the audience know that she was not there to be a Black prop on the panel but that she was going to be heard. Too often, White people want to pathologize us and diagnose our communities.

Steve Moore really thought that he was an “expert” on the Black condition in this country and Angela was not having any of it. To reference Damon Wayans’ character in the Spike Lee film, Bamboozled, Black people don’t need anymore White people who think they are “Niggerologists.”

As someone who is subjected to and surrounded by racist comments on a regular basis, Angela shows me that I don’t need to let those comments go unchecked. These things need to be addressed on the spot and I’ve actually been practicing just that. I want a mash up of Angela going off on White men played on repeat before I step outside my door every morning. I really think I can meditate to that… but I digress.

Just when you thought she couldn’t be more magical, Angela decided to host her own podcast called On One with Angela Rye. 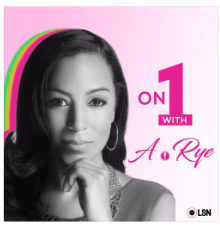 For any of you who don’t know what it means to be “on one,” Urban Dictionary has provided y’all with a definition:

On one: Just generally trippin’, tweakin’, weird, actin’ a fool, blackin’ out, goin’ off

Goin’ off  is the definition I’ll use cause with this administration, and this country’s constant attack on Black people and Blackness, I am always ready for people to be on one.

On the first episode that dropped July 12th, Angela had Congresswoman Maxine Waters AKA Auntie Maxine AKA Queen Maxine on her show.

As a Black woman who loves to be around other Black women, I felt like they were in my living room and I was just soaking up all their greatness.

Here are the 10 reasons why this was an important first episode:

Why Educators Need to Come to Cousin Angie’s Cookout.

I thought it would be obvious by now, but basically, I’m promoting this podcast because I think we need as many of our voices reaching as many ears as we can. To educators:

Lastly, here are some other podcasts that I listen to that might be of interest:

NPR’s Code Switch– journalism that addresses race and the way we are affected by it, culturally, politically and daily. Some topics include the Broadway show, Hamilton, Black Lives Matter, the LA riots and immigration. It’s also hosted by a Black man and an Iranian-Puerto Rican woman.

Another Round– Hosted by two black women, Heben and Tracy. They’re comedians who interview people like Morris Day and Harlem restaurant, Red Rooster owner, Marcus Samuelsson. They talk about and celebrate Blackness in a way that isn’t so heavy cause we all need some Black joy every now and then.

Bronzeville– This just came out at the beginning of the year and stars Laurence Fishburne and Larenz Tate. It’s about a Black-run community on the southside of Chicago in the 1940s. Although it involves numbers running and violence, and exposure to another thriving Black community in history was enough to get me to listen to all 10 episodes. Look them up.

Just know that Black excellence is everywhere and I’m looking forward to my weekly fix of Angela.

I’m definitely on one. Y’all should get on one too.