The Gangstressness of Ida B. Wells

I was sittin’ up under these trees 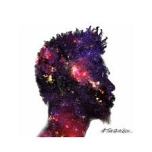 She was talkin’ to me, said
“Son do you know who I am? Who I happen to be?
“And I told her, “The Might Magnolia that stand tall for the shoulders of slaves and soldiers when the days get colder”
I’m so older but I’m young in my spirit
From the blood I’d hear it
From Mr. Malcolm Garvey and Marley

Then she started to tell me
How she was used in the lynching of blacks
Branch cracked, broke her arms so his neck would snap
And if I wouldn’t rap I’d probably meet the same damn fate
From the same damn rope, I’m ’bout the same damn weight

Y’all know I fancy myself a historian, right? And you can bet, 7 times out of 10 if I’m writing, I’m putting y’all on to information about Black people that is not widely known.

Yesterday, while I was minding everyone else’s business aka taking my daily hour to get lost in all that the internet has to offer, I found out it was Mrs. Ida B. Wells- Barnett’s birthday.

I’m gonna call her Auntie Ida from this point forth.

So, Auntie Ida was born on July 16th, 1862 in Holly Spring, Mississippi, mere months before Abraham Lincoln issued the Emancipation Proclamation that freed enslaved people in the South. But we know that the true date of freedom for Black Folk is on June 19th 1865, also known as Juneteenth when the “news” actually made it to various places in the South.

Starting from the Bottom

Auntie Ida, like ALL Black folks born at that time had a hard life. Her mom and dad died of yellow fever and she was left to take care of her siblings at the age of 16. In order to provide for them she got a job as a teacher, where, because she taught at an all black segregated school, she was paid $30 a week, versus White teachers who were paid $80 a week.

Enduring this level of economic discrimination pushed Auntie Ida into becoming an activist and a trailblazer. Now, her daddy was considered a “race man” when he was alive, often speaking truth to power about the ways that Negros were systematically mistreated in the South.

And even though she had many mouths to feed and many children to teach, Auntie Ida didn’t turn into a fearful woman, just happy to be working and making ends meeting while she looked for a husband.

Nah, Auntie Ida was a gangstress.

Wait, I realized I didn’t give you my definition for gangstress or gangsta. Because if you go and consult the Google or Urban Dictionary you’re gonna get the following definitions:

All very true and accurate definitions. And clearly that is not what I mean when I talk about the gangstressness of Auntie Ida. I define the term as follows:

4. A woman who tells White people what it is. She calls them out on their passive and/or active racism. SideBar: She’ll tell anybody what it is, Black, White, Puerto Rican or Haitian. But the reason why it’s important to point out White people specifically is because when you tell them what it is, you’re liable to die. They may just kill you for speaking honestly or at the very least make you lose your job. Y’all ain’t read Friday’s post; White people and Melanated White People? Read it once you finish this. Wypipo, melanated or not are dangerous.

5. A woman who will risk it all for her integrity, doing what’s right and loving Black people unconditionally. You know this means risking her life, her liberty, her property and her job. Like Mama Mary Jane said:

See now, these people in the South just were not ready for Auntie Ida. In 1884, Auntie Ida was kicked off of a train. She was sitting in the ladies car, minding her own business, when the conductor told her she had to step. She was like nahhhh. He was like yeah and he pulled her off the train. But Auntie Ida didn’t do business with that. She sued the railroad company and won.

Now, the company appealed to a higher court and she eventually lost the case but that really pushed her to level up her activism.

While still a teacher, Auntie began to write for various anti-segregationist newspapers. She wrote under the pseudonym Lola and she served that heat. She spoke about racial injustice and institutional racism and because she was a teacher, a lot of it focused on the deplorable conditions of colored schools in the region.

Sooooo, she eventually got fired.

And though, she was rocked by that dismissal, she decided to throw herself into her new work, being a journalist and lecturing around the country about the evils of racism. She was becoming a true race woman.

They lying about lynching

After the lynching of a very close friend, Auntie Ida found a new passion. She became an investigative journalist. No longer did she want to speak about the horrors of racism after the fact. She wanted to delve into the causes, specifically what caused Black men to be lynched at such high rates. She travelled around the country raising money to fund her investigation.

SideBar: Now, I love this woman because I was just sitting down with my one White antiracist girlfriend explaining to her that this year I wanted to travel the country visiting Independent African schools but I didn’t know how to fund it and how stressed I was. And then I spent the weekend reading about how in the the late 1880s Auntie Ida raised money to fund her travels around the country to investigate lynchings. She done gave me all of my life.

And see, this is why our kids MUST know their history. Sankofa ain’t just a saying or statement. It is a real life reality. Once we know the past, we unlock the future. Ok back to Auntie Ida.

So Auntie Ida did her investigation and found out the real truth about lynchings in America.

But no, no, no, no. The facts didn’t support that. Auntie Ida found out the truth. Black men were hung for the following reasons. 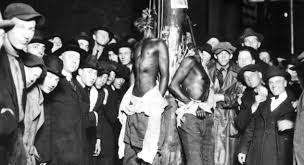 So, let me go all the way back to the beginning of this post.

I opened up with David Banner’s song Magnolia that situates us in the spirit of the Magnolia tree. The tree that was willing to allow her own branch to crack instead of the neck of those she loved:

Then she started to tell me
How she was used in the lynching of blacks
Branch cracked, broke her arms so his neck would snap

Banner helps us to understand that though those times are in the past (maybe) that the the nooses are still around our neck:

I said, “Wait man, wait”
I still got the nooses just loose and they tighten that bitch up
When I’m speakin’ the truth

So I’m just gonna say it. If you work in education and you know what our children are experiencing ain’t right and you’re not standing up, organizing and risking something to change it…

We wouldn’t know about these mighty Magnolias and the real reasons behind the fear inducing tactic of lynching without Auntie Ida. She risked everything she had to ensure that we knew the truth about ourselves.

Everybody and they momma know about Columbus. But Auntie Ida?

We must teach our history.

And we don’t have to teach it the way it’s always been taught. We here at CREAD will be unveiling our approach to teaching that supports the Postitive Racial Identity Development of our students through Education (PRIDE) even when, especially when we were teaching the painful aspects of our experience.

One way is through music. Banner offers us an entry way to talking about lynching that also provides us with ways to face our pain. The entire GodBox album is a teaching tool. And when we use music as text to help students get their minds right, they can engage in the content with a critical consciousness that will impact our collective future.

I know that teaching our history is painful. However, we are working really hard to support every person who wants to educate for liberation and we will be dropping resources to support your ability to take theory and turn it into practice real soon.

But you know, you can’t teach what you don’t know.

So, get to knowing.