The Stress of Anticipating a Black Son

Hey, hey, hey! Congratulations to all of my educator boos but especially my NYC educators for making it to the finish line! Enjoy this nourishment for the mind although It may be emotionally difficult to digest.

I found out I was pregnant with my second child in March of 2015. 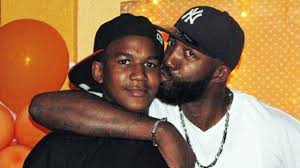 It had been a while since I had to think about baby clothes and baby names and prenatal appointments, as I already had a 15-year-old daughter. The first question most people ask after they congratulate someone is “So what do you want, a boy or a girl?” The generic response is usually, “It doesn’t matter as long as it’s healthy.”  That may be a genuine response for some, and as much as I wanted to say that, I just couldn’t. The sex of that baby was extremely important to me as a Black mother.

Rewind to July of 2013. I went out to eat with one of my best friends and we discussed the Trayvon Martin murder, the devastating verdict and all the ways in which Black males are suspected, criminalized and executed in this country, all in a matter of seconds.  When I said that my biggest fear (besides cancer) was raising a black son in this country, he agreed immediately. I said that I would be devastated and during dinner, I proceeded to word-vomit all of the ways I would have to teach my hypothetical son to navigate a dangerous world that didn’t see him unless it was through the lens of a threat.

First, I would have to teach him how and when to speak, ensuring use of the right tone when saying “yes sir” and “no sir.” I would advise him to speak only when spoken to and never try to explain without prompting because that could make him appear non- compliant. The last thing he would need was for his volume to rise above a semi-confident whisper, because then he could be seen as unpredictable and be accused of making an officer afraid for his life. His eye contact could only last for the amount of time that it takes to say “yes sir” and “no sir” or else he might be seen as coming across as uppity. He cannot reveal anger in his eyes or tighten his jaw because that would scream threat. He would never be able to reach too quickly into his pocket or his glove compartment or pat his head and rub his stomach at the same time or he could be facing the barrel of a gun. To buy him a hoodie, could mean I have to to buy him a casket and Heaven forbid he wears that forbidden hoodie in a forbidden neighborhood, daring to step over his invisible line. If he hangs with too many other black kids with basketballs, they might be accused of looking for trouble.…Needless to say, I had an endless list to accompany what felt like endless hand-waving and hand clapping as I emphasized my point while trying to enjoy my meal.

Fast-forward back to April 2015- another luxury I did not have…being surprised with the sex of the baby. That was not an option for me. I wanted to know what I was having so I could mentally prepare myself just in case my worst fear came true. And like a cruel joke, we found out we were having a boy. I smiled over the phone because it wasn’t the doctor’s fault that I was having a Black son in a world would trained to fear and violate him without consequence. But when I called my boyfriend and told him the news, our reactions were similar but for completely different reasons. He wanted to have a daddy’s girl and I just wanted a child without a target on his back. 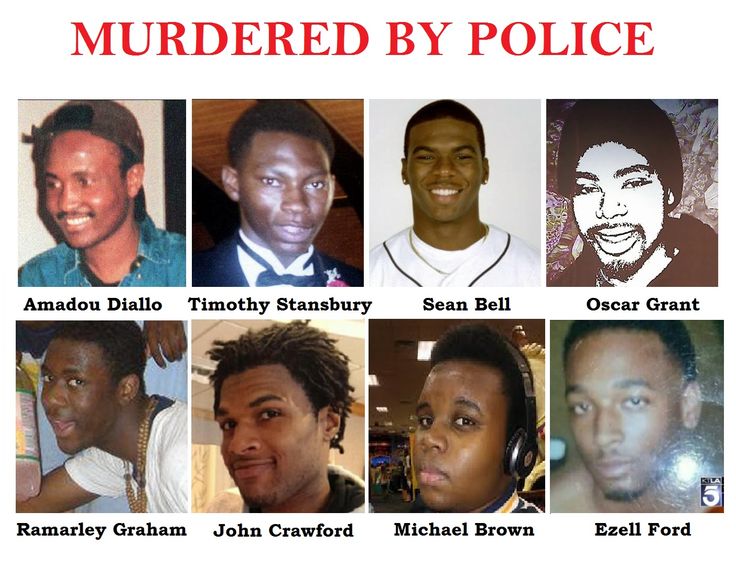 After Trayvon Martin and Michael Brown, my newsfeed seemed to be flooded with Black male bodies ranging in age but mostly young ones and Black women asking if their sons would be next. I had dreams that I named my son Hashtag Hopkins-I kid you not. I couldn’t rule out the possibility that he might become a hashtag one day. It was painful and while I was a happy pregnant person to the outside world, I could not help but worry about this unborn Black body. The fact that the safest he would ever be was the time he spent in my womb, had me buggin’ internally. 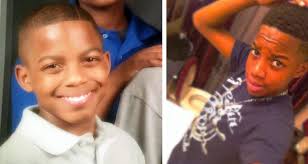 I was pregnant at the same time as a White colleague of mine and we both had sons. She asked me after Kasir (my son) was about six months old, if I read to him every night and I said that I did. She laughed and feigned embarrassment that she and her husband are “so bad about that”. My response was, “well I’m trying to keep my son from getting shot.” This was both uncomfortable and a bit unnecessary. I said it in a joking manner but I meant it because I knew that my son growing up to be intelligent, hard-working, articulate, respectful and a “good” kid would not spare him if he encountered the police. Later on, Jordan Edwards proved that along with countless other “good” Black people who have been senselessly violated and murdered. I also knew that none of this would ever cross my colleague’s mind.

When I think about White people and the way they get to dream for their kids, I become a bit envious.  While they can think about their sons becoming doctors, lawyers, engineers and the next Steve Jobs, I notice that they focus on the type of men that their children will become. My concern, like so many Black mothers, is much simpler but much deeper. I ain’t even concerned with the type of man Kasir will become but if he will become a man at all. Will he make it to adulthood before a coward with a badge decides that he won’t?

When I look at his brown little care-free face, I appear hopeful. I wave to him every morning and wish him a good day as his father takes him to daycare. However, that care-free face will fade and the worry on my face will intensify as he grows and is no longer a cute little boy. I think of Tamir Rice, who died a cute little boy instead of a distinguished-looking old man. And all I really want is for Kasir to bury me and not the other way around.

We need to discuss the ways in which these killings, the ones that are and aren’t televised, are causing trauma to these kids. Our students need an outlet to process all of these incidents. How do we activate their inner activism so that they can confront the system and not live in a world where their children become a face on a t-shirt?

Our children need to know their rights and they need to find ways to gather their communities so that they can set the rules by which they want to interact with the police. I do not agree that it is the students’ responsibility to control the situation as NJ has proposed. In Assembly bill A1114, schools will now be asked to create a curriculum and teach students how to interact with the police and if the bill passes the Senate, the curriculum will be taught in Social Studies classes as early as Kindergarten… Kindergarten, really? (hella side eye). Are all schools implementing this curriculum or just the ones with high black and brown populations? Are we going to see the curriculum for police officer training? Is this really getting to the bottom of the issue? (rhetorical question: The answer is no).

As an educator, I would do the following:

We must find the time and space to talk to our kids about the dangers that potentially await.