Happy Monday beautiful people. I hope you had a restful weekend and that you’ve returned ready to power through these last few days of school. As for me, my weekend was calm. I had time to listen to some good music, relax, and reflect.

However, I did find myself with two of my day one homeboys at a local deli (you know one of those 24hr joints in the hood that always got the grill going turning out anything from breakfast favs like turkey bacon and home fries, to NY staples like chop cheese) at 6:30 am on Sunday morning in the heart of the neighborhood I grew up in, a neighborhood very similar to the ones a lot of our students inhabit and call home. In the popping little 24hr corner store; situated in the neighborhoods that are believed to be training camps of criminality for our youth.

In a song called “Do you wanna ride?” Jay Z spits:
You know why they call The Projects a project, because it’s a project!
An experiment, we’re in it, only as objects
And the object for us to explore our prospects
And sidestep cops on the way to the top – yes! 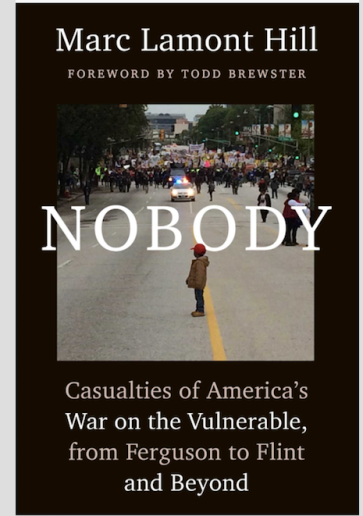 Marc Lamont Hill in his book Nobody deconstructs the project that Jay is talking about and the ways that we still live in the Project experiment in daily lives.

After hours of debates on business and music and the way in which we either capitalize on our potential or become another statistic in the hood, the deli is one of the final stops before we come to a collective understanding about how we affect our lives for the better.

As far back as I can remember we have always had these intense meetings of the minds. Hell the idea of dying in the the hood is always a reality,  and with that black cloud constantly looming over us, young black youth are always contemplating our path forward and the way we put on (once again for my readers who aren’t fluent in the many dialects of NYC, to put on simply means help out or do right by; to represent properly) for our friends and family.

These thoughts set in place a continual pressure that push young men towards the pursuit of money at an early age. A pursuit that leads some to develop their dreams of grandeur through rap or a wicked jump shot, while others sadly fall into slinging crack-rock. All in all it is this larger hope of changing one’s circumstance and rising above the generational poverty that plagues many black and brown families in the United States of America.

Talks of drug sales and usage and the larger effects on the communities of color have dominated hip hop lyrics for years, yet we denounce the messages without finding any inroads for larger conversations and unpacking the mentality of these individuals who partake in these practices. Now while I’m not one to celebrate or promote the harsh messages around drugs and drug culture in rap music, I am quick to acknowledge the entrepreneurial mindset that the practice is founded on.

[Verse 1: Rick Ross]
First one on the block, woah, I need mine off the top, uh
Overtown, he got shot, but he died in Opa-locka
Couldn’t save one lung, hit ’em up, lumm lumm
See the look on my face (woo!) like Carol City one state
Niggas hate on my sound, ’til I went the first round
Then I earned the Lombardi, ain’t no f*ckboys allowed
Only fuck if she exclusive, her favorite rapper Lil Boosie
To tell the truth I didn’t ask, when it come to bitches I’m Gucci
I’m the wrong one to rob, in the jungle I’m Nas
In the label I’m Russ, in the trap I’m Rick Ross
Double M, Goldman Sachs, just like Omar and Khloe
You came down for the packs, I sent you right back loaded

In this song Ross bounces around these images of Russell Simmons and Nas as well as himself to show the diverse face of black success and consciousness. Rich images that reinforce his own rise to success and the way in which he used fundamentals nurtured in a negative space, to turn his life around and gain opportunities. Ross is empowered and in a position of power not because of the “trap”, but because he understood the value of investing in himself and his brand.

So why am I telling you this?

How the hell we gonna do right by our people and empower them to not only have the mental but also financial knowledge and fortitude to end generational poverty, unless we show them how to build black businesses? 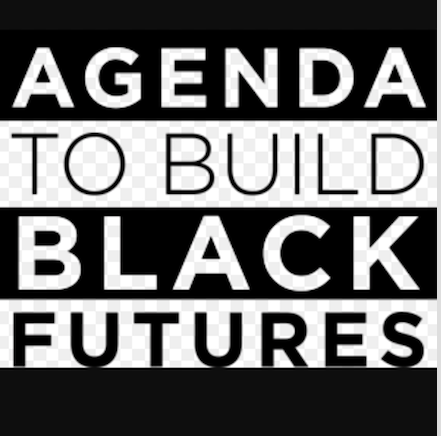 America and this is why every black boy must learn how to start his own business.”  For those of you who aren’t familiar with his work:

Dr. Boyce Watkins is one of the world’s leading financial scholars and social commentators. He advocates for education, economic empowerment and social justice and has changed the definition of what it means to be a Black scholar and leader in America and beyond.

He is a Scholar, Author and one of the most highly sought after public figures in the country. He is one of the founding fathers of the field of Financial Activism – The objective of creating social change through the use of conscientious capitalism.

Consistently he champions this idea of black wealth and the establishment of a toolbox that allows people of color to not only attain wealth for themselves; but also to sustain wealth thereby ensuring that we can pass this down generationally.

Contemporary hip hop is heavy laden with drug references, both from the perspective of the dealer and the user, which popularizes drug lingo in ways that other generations never took part in. Since the late 80s or early 90s the effects of drug culture on black communities and families has been told through the stories of hip hop artists; but now in this day in age we have the glorification of drugs simply to fuel the atmosphere, challenging previous notions on drugs and their range of acceptability.

To put it plain, dudes in my day were the dealers and while that was bad; we knew that being the customer was far worst, and off limits. Like Biggie said, “never get high on your own supply.” What intrigues me most is not the references to drugs or the culture, but how these narratives lead to a larger conversation about entrepreneurship and business acumen.

I remember my days after high school where I was lost trying to figure out what life was going to be for myself. Like most young men in my neighborhood, fascinated by the allure of the “life” and was forced at times to grow through what I’d go through, for the sake of wanting instant gratification on things I wasn’t willing to work hard for. I realized that most young men in the hood that hustle do so simply out of necessity. In an environment where there are very few well paying legitimate opportunities; we decide we gotta do what we gotta do to have what we want. 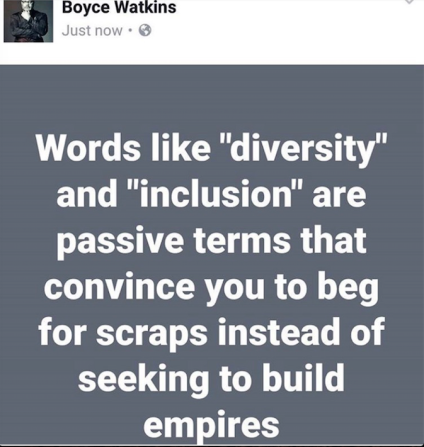 Shit most young men don’t even want to endure the stress and danger that comes with the hustle, as much as they want to do whatever they can to not be without. Without proper living situations, the latest luxuries, good food on our tables; we just don’t want to go without the many things society denies black youth just based on our skin color and social status.

At some point in this process the smart hustlers in the drug game realize that it is in fact a business guided by the same principles of economics (supply and demand) and then they realize not only how to be great in that lane; but more so how to apply that business mentality to legitimate ventures.

Rappers like Rick Ross on Trap Trap Trap, Biggie Smalls with the Ten Crack Commandments, or others show us that the entrepreneurial spirit thrives in the black community. The question then becomes, how do we impart the messaging and knowledge to young people of color, so that they understand entrepreneurship and how to leverage the skillsets that they hone everyday in the creation of black enterprise and wealth. 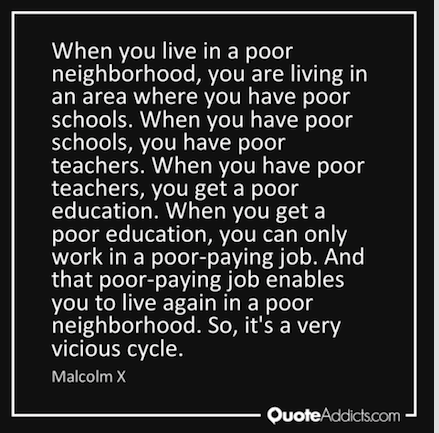 How do we show the young man whose only understanding of math may be his ability to keep the count for today right and manage the package on the block. (I’d suggest you watch the wire if you don’t get these references) That these skills can be applied in school to improve his academic standing and later his social one? How do we highlight the way artists of color are using their platforms to put their loved ones in positions of power (i.e management or other responsibilities) while also helping them to start and run their own business. They are not only getting major figures, but they are creating the structures for their teams to go and attain finances for them and their families. When I hear Trap Trap Trap or any song like it I am motivated by the way these artist are changing lives, building brands and getting rich.

Never do I think that young people should see sports or entertainment as their only way to make it out of generational poverty, because there are so many other viable ways to do so. What I do admire and respect is the way in which certain music, and people echo these sentiments of black business and black wealth. We’ve told our kids over and over to be studious in the hopes of getting a good job, and so they have no desire or possibly no idea on how to start businesses. We must highlight the importance of having skillsets that add to the creation of black business, as well as highlighting the skills these young people learn outside of the classroom to leverage the creation of businesses and wealth.

How do we have meaningful conversations that push our youth away from the drug game and to the stock market? How do we show the way in which grinding and hustling in a negative sense, actually mirrors grinding and hustling in the legal since? How do we not hyper-criminalize a generation of young men and the nuances of their culture? But instead use that in a positive way to foster not only the creation and development of business and wealth; but more importantly in the creation of stronger minds?

Until we as educators and influencers of young people can answer that question our students will be in love with the Trap Trap Trap.