Picture this: You get a text message with a picture of a student quiz and the question “what grade is this?”

So what grade do you think this is?

This is a 12th grade English class. Let that sink in for a minute.

As we prepared to write about Fred Hampton and unity, we asked ourselves, how do you make a Fred Hampton? How do we create a revolutionary? It’s certainly not by asking seniors in high school non-thought provoking questions like the ones above.

Today, we highlight the first principle of the Nguzo Saba, Umoja, which means unity by recognizing the extraordinary life and work of Fred Hampton, Chairman of the Illinois Chapter of the Black Panther Party. We were all set to discuss his outstanding leadership, talents, and ability to mobilize people, his people, black people and all people through class consciousness. So, yeah, we’re going to get to that, but first allow us to take you left, before we go right. 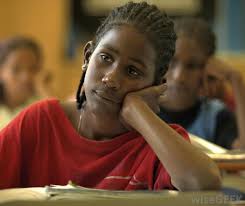 I want to ask you, dear educator, when you look in your classroom and at your students, what do you see? Think about it really? Because as we looked over this 12th grade quiz on Hamlet and we had many questions and thoughts, with the first being, this mofo can’t be serious. He certainly does NOT take teaching seriously. And if this is what 12th grade English looks like, how do we get from here to Hampton?

The answer is we don’t.

When Hampton got to college he was a pre-law major. He wanted to learn law in order to use it as a defense against the police. Hampton, born in 1948 and raised in Chicago, Illinois, he was fully engulfed in the social political context of what it meant to be black in America. A gifted student and athlete, Hampton was cultivated into a revolutionary; becoming a youth leader in his local chapter of the NAACP.

Let’s be clear, Hampton was murdered by the Chicago police at the age of 21. In his brief years after high school, he organized truces with rival black gangs that were close to doubling the membership of BPP. He set up multi-racial  alliances between blacks, whites, Asians, and Latinos named them “rainbow coalition.”(Yes he was first to use that term.)

If Fred Hampton was sitting in a 2016 twelfth grade classroom faced with these unchallenging and frankly insulting questions above, would he be the Fred Hampton that we revere? More importantly, how many future Fred Hamptons are dying in our classrooms across America, right now? How many are dying in YOUR classroom?

So, that teacher was quizzing students on Hamlet. Great play. Horrible execution. As we delineated all the ways this teacher could actually engage students in a deep and thoughtful investigation of Hamlet, we began to discuss books we deemed appropriate and engaging for 12th graders. The types of books that you may not find in every high school English book room.

We offer you these texts, for serious consideration and implementation in your classrooms that can foster deep and rigorous discussions and analysis and ultimately could help to cultivate more Fred Hamptons. 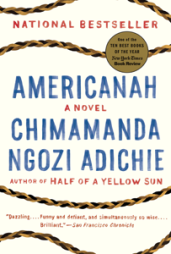 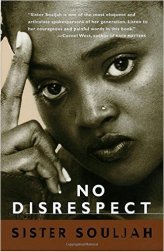 So, listen, we’re not throwing shade on Shakespeare’s Hamlet. Our students should absolutely engage thoughtfully with that text. We’re saying, in addition to Hamlet, let’s engage our students in texts that are (1) written by black people (2) connected to their lived experiences (3) connected to the lived experiences of black people in America and in the diaspora and (4) provide blueprints for self-analysis, resistance, healing and self-edification for black people.

Today we honor Fred Hampton and his unapologetic and unwavering message of unity. And we ask you, dear teacher, what role are you playing in the development of this generation’s Fred Hampton?