“I for one believe that if you give people a thorough understanding of what confronts them and the basic causes that produce it, they’ll create their own program, and when the people create a program, you get action.” — Malcolm X

Welcome to week 4 of our “We gon’ be alright” educator as activist stay woke plan for demolishing white supremacy, patriarchy, and institutional racism in the pursuit for freedom and liberation for Diasporic people. We’ve taken you through Step 1: Feel,  Step 2: Educate yourself, and Step 3: Building Community.

We have all chosen to be educators. That, in and of itself is one level of action. The question becomes what have we chosen to educate our students about. Are we teaching racial and ethnic pride, unapologetically? Or are we teaching them self-hate, white supremacy, patriarchy and passiveness? Choosing to teach in a way that supports and develops a strong racial and ethnic pride is one areas of disciplined action, probably the most important way as an educator you can be disciplined in your actions.

But what else? We dismiss protest, mostly because we don’t really know the power of protest, because we don’t know our history. And as we all found out yesterday afternoon with the DAPL protest, this age-old approach still works.

We dismiss boycotting, saying that it doesn’t work, because we can’t trust that others will also boycott. But, we’re not asking about others. We are asking about you and what you will or won’t do. Over the last few years, we’ve seen the call to boycott hit a fever pitch and we here at CREAD, discussed the not one dime movement, the injustice boycott and the call to “dump Trump” boycott spread, which even has its own app.

We see a direction connection between disciplined action and collective work and responsibility, the third principle of the Nguzo Saba, because it takes all of us, individually, to be disciplined in our actions in order to ensure our mutual benefit and progress.

Today marks the 66th anniversary of the beginning of the Montgomery Bus Boycott, which lasted 366 days. Black boycotters organized carpools, with car owners volunteering their vehicles and themselves to drive people to their destinations. Some white housewives drove their domestic servants to work. As the city lost money, they sought to cut off the head of this protest by asking insurance companies to cancel the insurance of cars used in the carpool. Boycotters found a way around that by seeking insurance companies outside of the state and country.

When Black taxi drivers began charging ten cents per ride, which equalled the cost to ride the bus, City officials sought to fine cabs who charged anyone less than 45 cents. Black churches across the nation took up collections to purchase shoes and financially support all aspects of the boycott. The white citizens began to join organizations like the KKK and the White Citizen’s Council to terrorize black boycotting citizens. 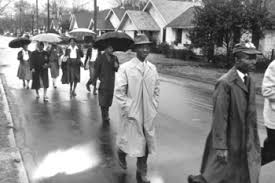 In the end, the city of Montgomery relented because they could not sustain their city without the black dollar. Segregation had been defeated and it couldn’t have happened without the Collective Work and Disciplined Actions of people who were sick and tired of being treated like second class citizens.

The questions you must ask yourself, as a “woke” educator is what are you sick and tired of? What disciplined action are you ready to take, and how will you represent the principle of collective work and responsibility moving forward?  The word “collective” is very important here. Step 3 of this plan calls for building community and this is significant for a number of reasons.  When we work in isolation, we are not effective. It is in the collective sense that we can be most impactful, even when we consider our actions as teachers. Indeed, if one teacher embodies the principles of a culturally responsive educator some children will benefit.  But imagine the impact if the whole staff develops this mindset and these competencies in their practice. Now a community has been changed and generations are impacted. Also, when we engage in collective work we can draw from more than one well of knowledge, expertise and resources.

So what can you and your colleagues do together? Is there a book you all can agree to read and discuss together? Remember, CREAD provided a preliminary reading list last month. We believe that as educators, we must spend time being students of this work and our history. If you have colleagues who are ready and willing, you can start creating an interdisciplinary unit for the upcoming semester or marking period. You may already be working as grade teams or on an instructional planning committee, so take advantage of your standing meeting time to discuss ways to revisit and revise the content to be more culturally responsive and critically conscious. If you supervise a student activity or club, talk to other staff advisors about ways to get the student body engaged in more cultural awareness and pride.  Seek organizations or professionals in the community that can help you in these efforts. Even as the months of the academic year go by, it is never too late to dialogue with your fellow teachers and begin organizing your efforts toward collective work.

Our ancestors knew the power of the collective: 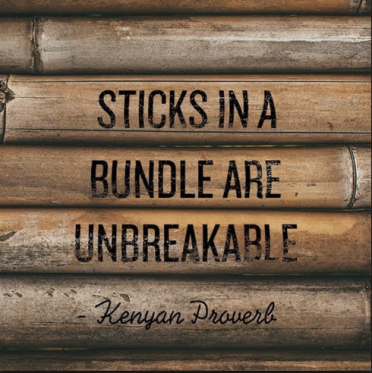 As you continue to journey with us, we hope that you feel more empowered and supported to continue making a difference and moving forward in this work. As the Malcolm X clip above demonstrates, when we come together with one goal and one mind, share the responsibility and care for our communities, we are unstoppable.