A decade into my teaching career, the night before students returned, meant a night that I couldn’t sleep. Before retiring to bed, I would have packed my many teacher bags; lunch bag, resources/grading bag, pocket book. I would have ironed my clothes and ensured that I choose the most appropriate bra and seamless panties (Oh tmi. SORRY! I taught HS aged students so those things mattered). I would look over my lesson plans for the day and my roster. And then I would finally go to bed…early…10pm.

And then I would watch the clock. I would see 12am, 2am, 4am and I would begin to stress because now I would be exhausted for the first day with students. I couldn’t sleep because, well you know, you’re thinking about all the things that can go wrong. I would eventually fall asleep somewhere between 4 and 4:30am, which meant that my plan to wake up and go to the gym at 5am would be foiled and I would just hope I got up with enough time to get to school early.

In that fog of anticipation, fear, worry and the determination to be a better teacher this year than I was last year, I would greet my students at the door with a smile and usually some music playing. Depending on which emotion was taking over me, it could be anything from Bob Marley, to Rick Ross to Machel Montano to Frank Sinatra. (Damn, I just realized that is a lot of patriarchy there. I need to think about that some more.) 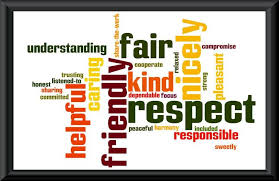 Anyway, the first activity of the period would be on the board and it said:

List three things that you hate, that teachers do. You have 3 minutes.

My students would look at the board, look at me, listen to the music and then ask a barrage of questions, to which I would respond by saying; You only have 3 minutes. Answer the prompt truthfully because we don’t have time to waste.

Once the alarm went off, I would reveal the second question:

List three things, you know teachers hate, that students do.

At this point, they fervently answered that question and would be done before the three minutes was up.

Then I would draw a line down the middle of the board and we would begin listing their answers for both prompts. The students would be so honest, for both questions. I would add my answer at the bottom of the list. Which would look something like this:

I would write the list and make comments or faces and crack jokes. I would pay close attention to the students who talked about being disrespected. I would allow students to argue about stuff like homework and raising your hand being just apart of school etc.

When we all felt like everything possible was on the list I would circle things that were non negotiable, like HW and explain to them that I gave hw every night. The reaction would be priceless. But then I would have a conversation about the purpose of hw and engage them in what would make homework, “fun”. That would usually be a long conversation. I would make sure I chose no more that 4 non-negotiables, trying to have 2 on the teacher side and 2 on the student side.

We would essentially, be co-creating our classroom rules, unbeknownst to them. After we had agreed on no more than 10 classroom rules we would talk about consequences for breaking those rules and create our own referral ladder.

I’d tell them that tomorrow I’ll have our rules and consequences blown up. We’ll all sign it along and that they’ll have copies to take home to their parents who would be expected to sign the rules and consequences form. I had to get my copy signed by a dean, Principal or Assistant principal and a Guidance Counselor or social worker.

Yes, we were all held accountable.

The last part of this activity was for them to write down their own individual pet peeve list, things that really grind their gears but were not big enough to be on the classroom list. They would be able to name up to five things and hand it in to me on an index card with their name on it. I did this because I had my own pet peeve list that I would hand out to them after I’d read each person’s list out loud.

This was our day one together.

This was how I got to know them, build community and begin to earn their trust and love. This was the easy part. I just had to spend the next 179 days upholding those rules and forgiving them when they didn’t as they would forgive me when I didn’t.

The first weeks and months of school was all about me earning their trust, showing them I was credible and that I loved them unconditionally, that there was no error too great to overcome and that they were always welcomed home. Relationship and Rigor were my twin partners for the 1st two months of school. Because you best to believe, I GAVE THEM WORK. Hard work. I had high expectations and I was unrelenting in the belief that they could meet my expectations.